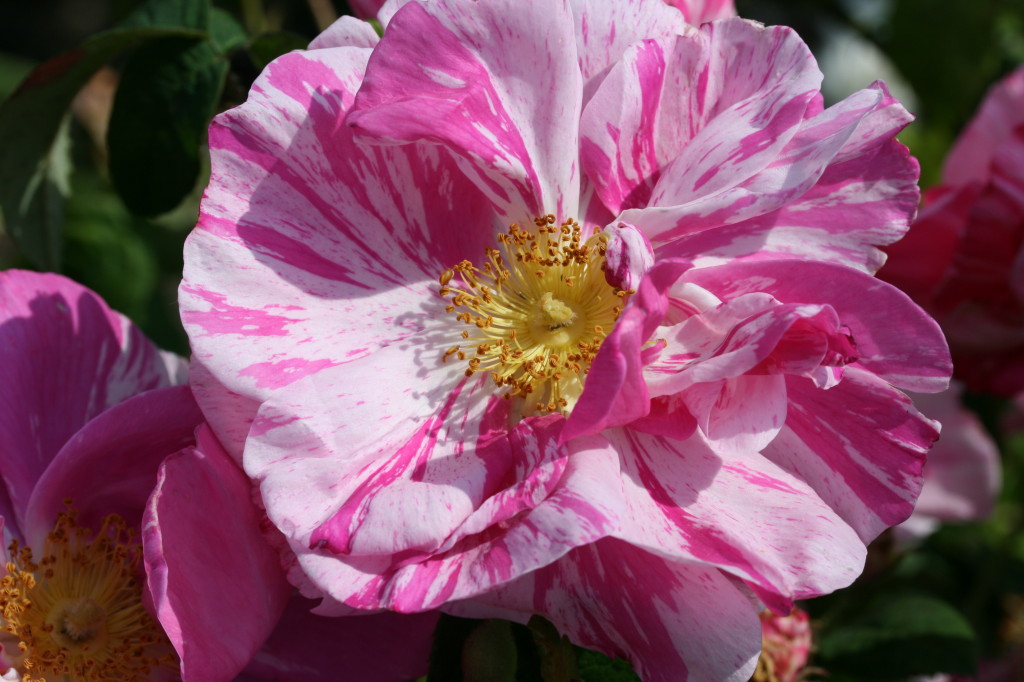 ‘Rosa Mundi’ is a spectacular red and white striped sport of Rosa gallica officinalis. It has pink, blend stripes and a strong fragrance. Large, semi-double (9-16 petals) bloom form. Once-blooming spring or summer. Matte, medium green foliage. According to an old legend, this rose was named after Rosamund Clifford, the beautiful mistress of Henry II of England, after it was discovered near her grave. An early mention of ‘Rosa Mundi’ appeared in an epitaph on the lost tomb of Rosamond Clifford, who was buried in a nunnery in Godstowe near Oxford:
Hic jacet in tumba rosa mundi, non rosa munda
Non redolet, sed olet, quae redolere solet
[Here, in this tomb, lies a rose of the world, not a pure (or honorable) rose.]…

The king was reputed to have built Fair Rosamund a palace at Woodstock, called the Labrynthus: ‘wrought like unto a knot in a garden, called a maze…. a house of wonderful working so that no man or woman could come to her but that was instructed by the King‘. Henry had evidently been reading Theseus and the Minotaur. His ingenious scheme, however, did not foil the jealous wife, whose knowledge of the Greek myth lacked no eye for detail. Queen Eleanor found her way to Rosamund ‘by clue of a thriddle or silk, and so dealt with her that she lived not long after’. The Queen’s supporters evidently wrote the epitaph. In fair translation it reads: Here the rose graced, not the rose chaste reposes; The scent that rises is no scent of roses. (“Old roses” by Graham Murphy). ‘Rosa Mundi’ is also depicted in a work of the fifteenth-century Italian painter Botticelli “Virgin Adoring the Sleeping Christ Child”. All in all, a rose with a great history and its old rose fragrance is as intoxicating in realilty as it is in legend.
Height of 3′ to 4′ (75 to 120 cm). Width of 3′ to 4′ (90 to 120 cm).
Hardiness: to average -29 ° C 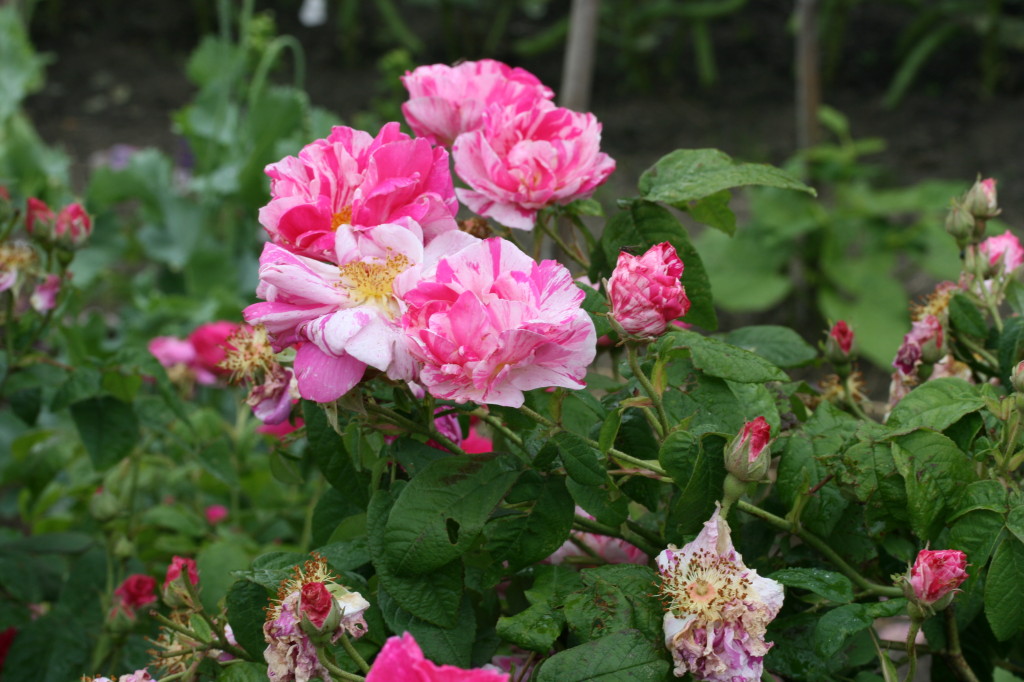