This lovely poem was send to me by rose nursery De Bierkreek and received from Muriel Parkinson, who was looking for the rose ‘William Allen Richardson’. The poem was found by her friend, Gillian Hill from Little Norton (Somerset, England), in a Cookery Book written there by her grandmother, Mrs R.M. Minchinton before she was married. A small calendar in the book is dated 1910. We do not yet know where the quotations came from. The name William Allan Richardson referred to in the poem is a Yellow blend Noisette developed and introduced in France by the Widow Ducher in 1878.

Gillian said that her grandmother was a governess and moved around the various parishes with the vicar and his family, finally arriving in Norton sub Hamdon, Somerset (England), where she married and settled down. 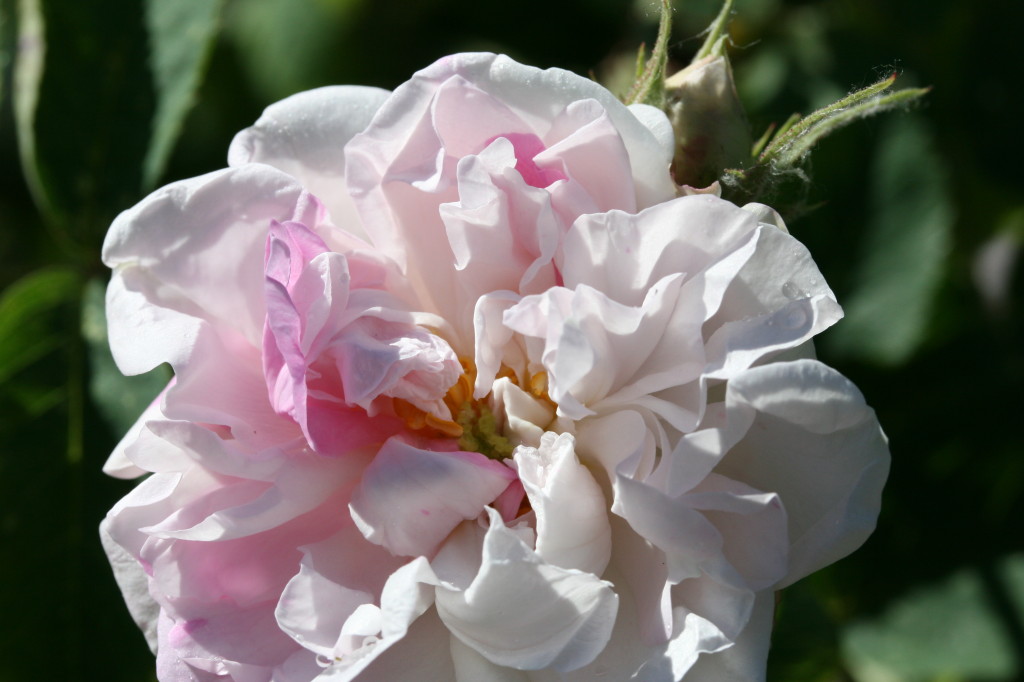 Where did the Bride and Bridegroom come from respectively?     York and Lancaster Rose

What were they when his Engagement became known?            Cyclamen

With what borrowed flowers was the Church decorated?        Lent Lilies